Spend More. Save More! Get 5% OFF on purchase of seeds & nutrients of $30 or more! Use Discount Code: FALLSALE

Your cart is currently empty.

A personal experience with gardening outdoors in Chicago 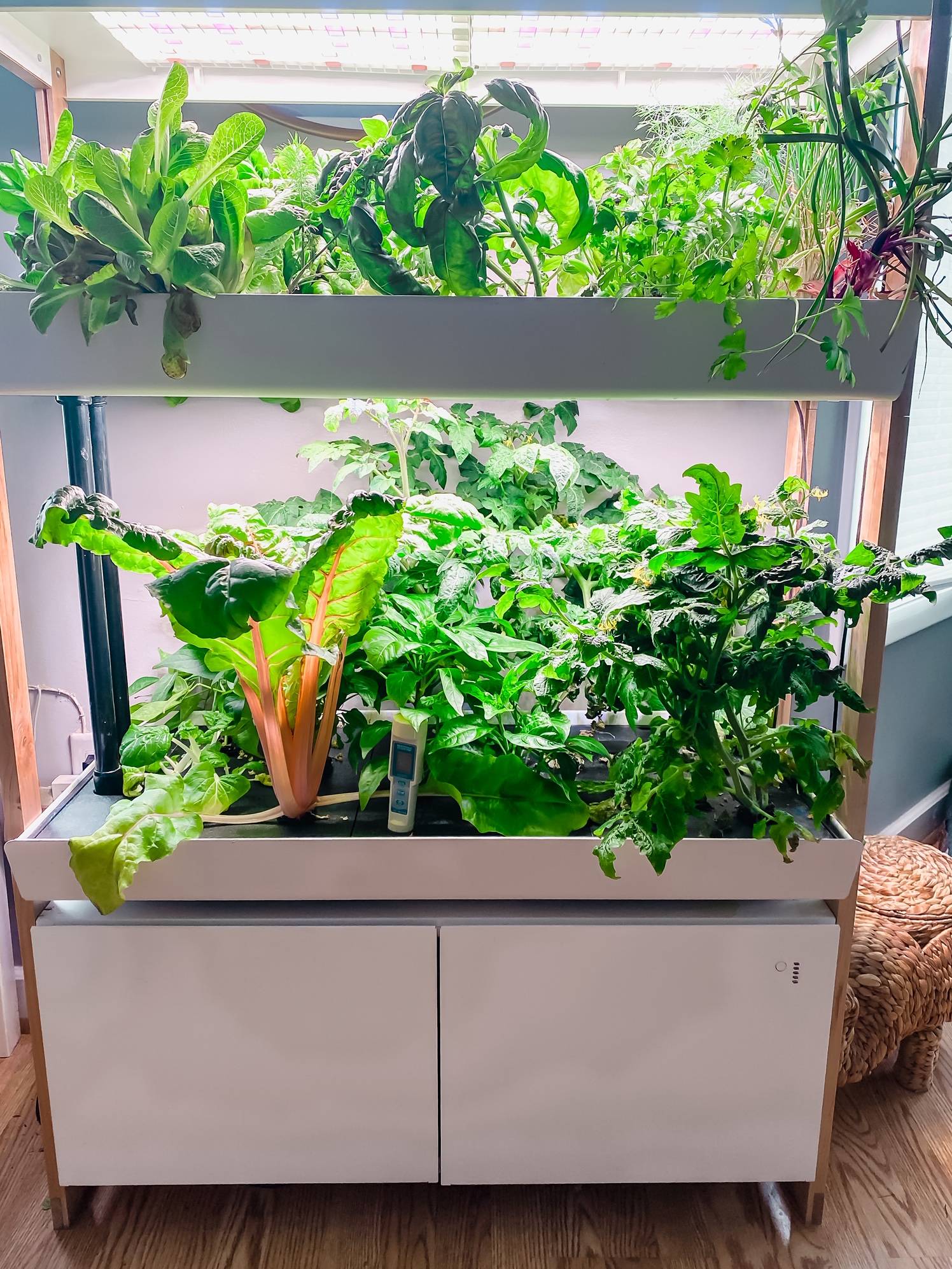 I grew up in a rural area and gardening was always so important to our family. It reduced my single mom’s grocery bill while teaching my sister and I what the food journey is really like. Fun fact: my mom would always grow large zucchinis so I had no idea that most zucchini are small until I was in my early 20s.

So, when I moved to an apartment in a house (a three-flat) with a backyard in Chicago, I was beyond excited. The tenants before us built a bit of a raised bed in the backyard for gardening and flowers. As soon as the weather allowed me, which was closer to Memorial Day in Chicago last year, I went to the plant store and bought $150 worth of plants and then ordered some seeds. I made a big investment. I had plans. I wanted to can and preserve and dehydrate herbs and all the things. It was amazing until it wasn’t.

My backyard, while amazing, is mostly shaded except for a couple of hours in the morning and the late afternoon. Great for humans, not great for tomatoes. I plant my garden Memorial Day weekend. Most of the seeds never came up because the birds and squirrels dug them up. The rabbits ate my dill. By the end of the summer, all I had to harvest in the herb section of the garden was basil, rosemary, and pineapple sage. So little of my greens “made it” through the rain and animals that I didn’t even get a salad.

My tomatoes, peppers, and cucumbers were the plants that were still alive come August, none of which were anywhere close to harvest. I hadn’t had one veggie from my garden 3 months later. And, then close to Labor Day weekend, I left for work and saw that I had two tomatoes ready. I thought about those tomatoes all day long. I came home, promptly went to the plant to pick them and they had huge chunks missing out of them. Turns out, I now had to fight rats. I had already went and bought the windmills and the netting but see, they are city rats and those tactics don’t stop city rats.

That was the moment I was done with outside gardening in Chicago. I had waited so long to even have the green space in Chicago to do it and then failed miserably. Between the short growing seasons, the shaded yard and all of the critters, it was too much. Plus, at the end of the day I spent about $200 for little to no harvest so it was a waste of money and time.

So, my 2020 plan was to go to the farmers market every Saturday and not garden at all. Then, I connected with a friend that showed me a Rise Garden and I was in love.

A garden that doesn’t require weeding or natural sunlight while growing all year long? Sold. I received my garden in March just before everything went crazy and I was incredibly grateful. It ultimately helped me reduce my grocery store trips to only twice a month while still enjoying fresh greens and herbs. Also, the farmers market didn’t open until later in the season so without my Rise Garden, I wouldn’t have been able to eat local produce at all.

My garden (pictured above) is often featured on our social media channels (since I work with Rise Gardens) and you can watch it grow there but it’s currently full of herbs, greens, green beans, cucumbers, tomatoes, and peppers (coming soon). It’s so easy to grow everything. In fact, I only have to water it 1-2 times a week and “feed” it nutrients once a week. I love to check in on it in the morning to see what grows but other than a little pruning here or there I’m set with minimal work.

You can learn more about the smart garden here. If you are anything like me, this will be the best investment in your health and nutrition you make this year (other than wearing a mask and washing your hands!).

Oh, I haven’t had to fight a single city rat this year either. Now that in itself is winning.

"Turns out, I now had to fight rats. I had already went and bought the windmills and the netting but see, they are city rats and those tactics don’t stop city rats."